Have you ended a relationship (or are thinking about divorce) over political differences?

Are you about to end your marriage over political differences? Have you severed ties with other family or friends in the last three months? It’s such a shame to see relationships being destroyed over this especially when it doesn’t have to be this way.

I remember as a child I used to talk politics with friends. It would infuriate me, when our viewpoints would clash. My mother advised me, “never talk politics and religion.” She taught me that a different viewpoint, about something very personal, need not get in the way of relationship.

Fast forward to 2021 and the polarities are even more apparent. With the proliferation of the internet and social media and the constant information flow where anyone who writes an article or makes a comment is suddenly an authority, our impressionable minds are easily manipulated on both sides of the aisle. Whether we are Democrat or Republican, if we have any intellectual honesty, we can all agree that  these information resources as well as print and television media are not neutral. They put their own spin on the “facts” and sometimes it turns out they were based on faulty information. Unfortunately, many of us naively believe whatever we read. We then become caught up in the fear that is being pushed to the point where we become so paralyzed that we literally feel that we are in danger. This creates a polarity where each side feels that the other side will destroy the country. This becomes a fight for survival, not to mention a great way to boost ratings and create a captive audience.

Here’s the problem. It’s the fight for our life. Literally. 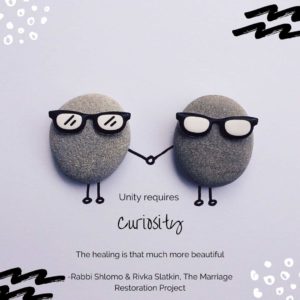 The problem is that it puts us in a mentally compromised state where we are fighting for our life. When a person is in danger, survival is the name of the game. There is no time to reason, to listen to someone else, to be vulnerable. It becomes a very self-absorbed existence, and feeling of separateness, us vs. them. There is no room for another perspective, as the primary focus is staying alive. This can be felt on a visceral level.

Yet, this does not bode well for a healthy life and certainly not healthy relationships which require you to interact with someone other than yourself or others who think exactly like you. True relationship health is to be able to differentiate and to be able to hold strong in your values, and at the same time make space for a different perspective. You don’t need to condone or agree with the other, but you can make an effort to hear their point of view and acknowledge their right to have it. Herein lies the rub, when you listen long enough everyone makes sense.

I’ve had clients on both sides of the political aisle with some extreme dislike for one side over the other. I was even taken aback or troubled, especially when I personally thought their view was flawed but I reminded myself that this has very little to do with Trump or Biden, Democrat or Republican, and more to do with our own personal stories. One of the things that turned people off from Trump is his past relationships with women. While some have overlooked that, preferring to look at his accomplishments as President, some women who have been the victim of misogyny or abuse have not. One woman hated Trump with such passion it was no coincidence that her strong feelings were rooted in her past experiences as the victim of misogyny. Or let’s take a Trump supporter who is passionate about the corruption of the Washington establishment and sees Trump as the hero who will finally “drain the swamp.” He grew up feeling victimized by people with power doing unethical things and getting away with it.

Do these feelings of utter betrayal feel familiar?

Remember, if it’s hysterical, it’s historical. Many people in this country cast their vote but aren’t ruining their lives over political differences. If you are so passionate about your cause, realize that there may be something deeper here. It’s precisely this disparity that will actually help you resolve your differences and be able to co-exist, healing both the present and the past at the same time.

If you can’t tolerate your spouse’s strong political views, instead of making ultimatums or getting divorced, get curious. Why on earth would this be so important? Was he just brainwashed by social media or is there something that is striking a nerve with him? If you can dig enough to see what is beneath the surface, you’ll discover your spouse’s pain. You’ll hear what is holding up their strong views. You’ll be able to have compassion for their story and it will make sense. An additional benefit of helping you understand and make space for the other is that once your spouse is heard, she may tone down a bit. She may even react differently when she realizes where her feelings are coming from. It doesn’t mean she will adopt your views but the tension that now exists is likely to abate.

And that’s what this is all about. We can call for unity on both sides of the aisle, but if we continue to operate out of fear and vengeance, it’s only lip service. Imagine betraying your spouse and asking them to just get over it. It doesn’t work that way, if you really care about a relationship it takes time to rebuild trust and heal hurt. It’s about really getting curious about the other’s perspective and being able to cross the bridge and validate their reality. No need to agree or switch positions, just to care enough and be respectful enough that everyone has different life experiences and different perspectives that have been formed as a result thereof.

And you may decide that you would rather destroy your relationship than to live with someone who you perceive to be x, y, or z and live alone. Long after Biden and Trump are gone from the scene, if you are younger than 70, you and your children could end up being the real loser. Is that the life you dreamed of?

So, truly reach across the aisle and seek to understand instead of judge, for that is the only way to have a relationship with an “other” instead of someone who is just an extension of yourself.

If you are someone that has experienced political differences with another, and you would like to heal that rift, here are some ways to reach out.

Only state these if you are prepared to be non reactive, and to really be curious and non-judgmental to the best of your ability!!!

“I realize that we may have our differences, but our relationship is more important to me than politics”

“I’d really like to understand what makes you so passionate about your beliefs and explore that together so that I can appreciate where you are coming from.”

“I know that you disagree with my politics and think whatever you think about me. I’ve been thinking a lot about it, and if you’re ever open, I’d love to share with you where I think it might be coming from based on my own life experiences, and I hope it might give you some insight and help us both understand that this isn’t necessarily about Trump or Biden.”

*If they start sharing and you get triggered, try not to respond, just keep getting curious and see them as a little boy or little girl that got hurt in this familiar (old) story.

Here’s a card for you to print should you like to mail it to someone special. 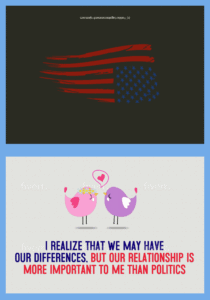 If you need additional help with your relationships and would like to reach out to speak with Rabbi Slatkin for some clarity about your situation, fill out the form below or click here to book a call and someone will get back to you within 24-48 hours to schedule a time to speak. 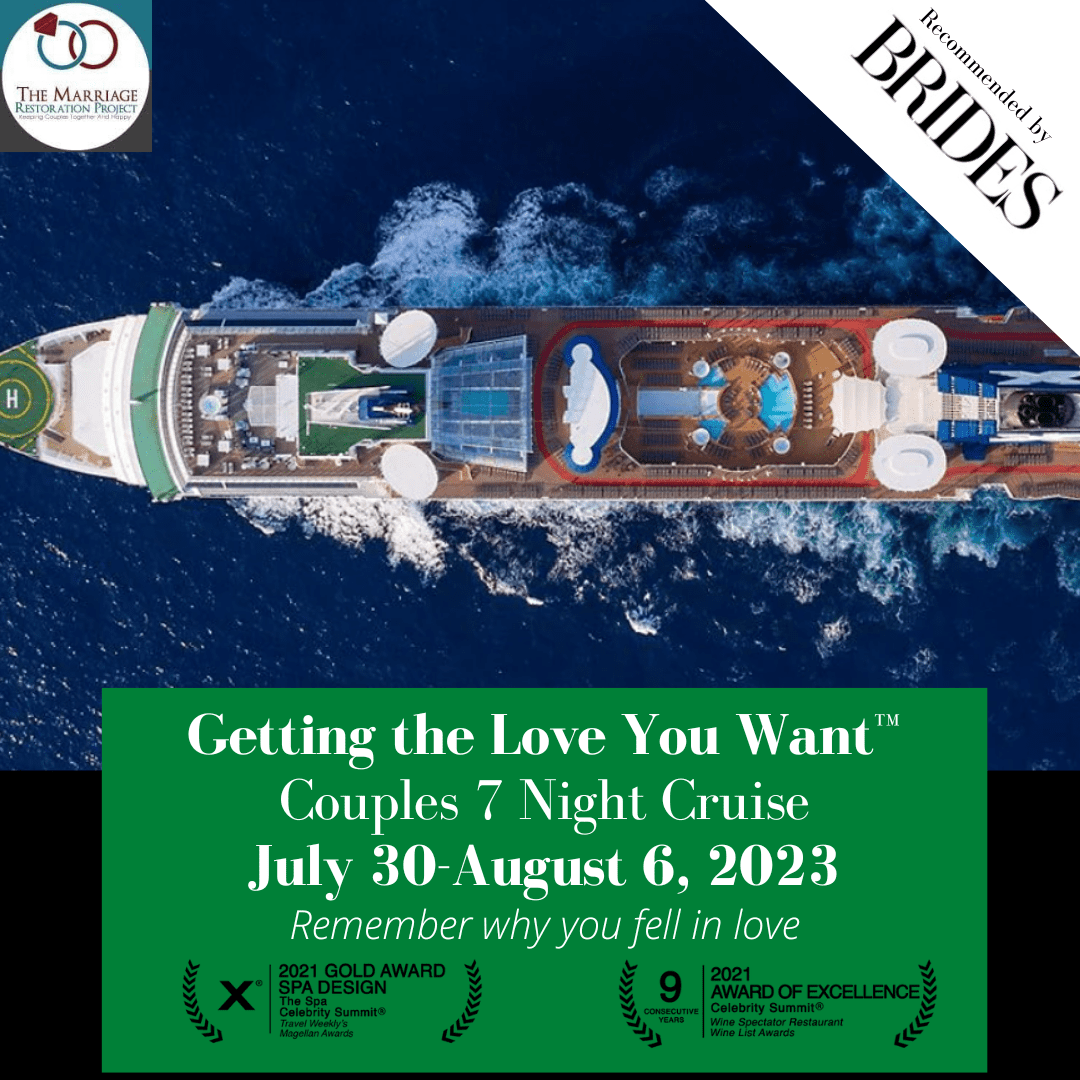