Facebook has been known to reignite old flames and cause problems in marriages. Here are Facebook and divorce stories that unfortunately sound way too familiar.

This question was submitted to us by a husband who is hurt from overhearing his wife talking about her ex at their neighborhood block party, and is worried about whether or not facebook is reigniting his wife’s old flame. See our response below.

Q: My holidays were ruined. My wife and I were at a neighbor party and I heard her talking to her friends about her ex-boyfriend. The next day I saw on my wife’s Facebook that she had looked him up. I’m concerned that if she still has feelings for him after 19 years, it’s a problem. I feel like I want to punish her and make ultimatums. My parents cheated on each other during their twenty years of marriage so I’m a little vigilant about these issues. I’ve heard a lot about Facebook and divorce stories. What should I do?

A: It makes sense why you’d be concerned and want to punish her for what you feel is disloyalty to your relationship. Punishing her or making ultimatums are not productive. Telling her your disappointment and discussing the issue with her would be a better approach. Given what you witnessed with your parents, it makes sense why you’d be extra vigilant about this and it does make you wonder why she would bother talking about him or looking him up on Facebook after all these years. While she may have just been curious, it might be worth examining the state of your relationship. Are you feeling disconnected? People usually don’t look out of the marriage if they are fulfilled within it. Think about how you can improve the relationship so that she wouldn’t even think about an ex.

3 Steps to Preventing Social Media from Ruining Your Marriage

Step 1: Don’t friend member of the opposite sex

If you are in a committed relationship, interacting on social media is a slippery slope. I have had couples where one spouse was down about the relationship and he was friended by an old flame. This was the beginning of the end for his marriage as he began to get attention when he was in a vulnerable state. Keeping interaction to same sex friends preserves the exclusivity of your relationship with your loved one

Transparency is so important in a relationship. If your partner knows they have access to your account, they won’t suspect any wrong doing. While I don’t suggest to be nosy or snoop around, the idea that there is mutual trust is important to a relationship. Once there is an opportunity for secrecy, there is a chance for wrong-doing. I have seen it frequently with couples recovering from infidelity. One of the first things they do is turn over their passwords to prove they are not hiding anything. Don’t let it get to that point. Be proactive!

Some things are meant to be private. Surely don’t complain in public about your partner. Even showcasing your private moments is not always the best idea. Your friends don’t need to know all the details of your vacation, etc… Keep something as special memories between you and your partner. It will allow for your relationship to feel special.

It’s easy to see how these 3 tips can help protect your most important relationship from the potential problems lurking in social media.

Unfortunately, it is all too easy to “exit” from your spouse and from your marriage by logging onto social media sites like Facebook. There are many Facebook and divorce stories specifically with regards to how Facebook destroyed their marriage- or rather, destroyed their spouse’s willingness to participate in the marriage.

1. Facebook is an “exit”: Although we all need to use our best judgment, Facebook provides easy access to disconnect from our spouse and connect with someone else.

2. Comparing to others: Ultimately, it is a symptom of greater marriage problems that need to be addressed, but people can be easily snared and are impressionable and it is not helpful comparing your marriage to others Facebook appearance.

I was on a call with someone that said that her marriage is not what it should be, because she sees all of these people that have really happy marriages on Facebook.

Know that what you see on Facebook is not necessarily what is going on in reality. That clarity and awareness alone will be helpful to you.

Facebook and divorce has a bigger impact on marriages than previously thought. A new survey conducted by U.K. divorce website found that 33 percent of divorce petitions in 2011 contained references to Facebook. Another survey by the American Academy of Matrimonial Lawyers found that “Facebook holds the distinction of being the unrivaled leader for online divorce evidence with 66% citing it as the primary source.” Also, more than 80 percent of divorce lawyers stated they “have seen an increase in the number of cases using social networking evidence” during the past few years.

What’s so bad about Facebook and why is it playing a role in destroying marriages?

While there are many benefits of Facebook, there are a few points to be aware of when it comes to getting between you and your spouse.

1. Facebook and Divorce Issue #1: Keeping up with the Joneses

Today our lives are an open book. Login to your Facebook account and you can learn just about every intimate detail of your friends’ existence. Even if you think you feel secure in your relationship, you may begin to discover that your marriage is not as exciting as you thought it was. Facebook has given new meaning to the term, “keeping up with the Joneses.”

Take one wife who read about the multiple family vacations of her acquaintance. Why couldn’t her husband take her and the kids camping too? A huge fight ensued and although he agreed to go camping, they realized afterwards that no two families are created equal, despite the acquaintance’s romanticized postings of being “camp mommy.”

It is easy to view the lives of others and want the same for ourselves. This often creates an underlying anxiety which can lead to tension at home and unreasonable demands. That Facebook friend may look like she’s having the time of her life traveling and buying new clothes, don’t lose sight that her husband may have a multimillion dollar business. Don’t lose perspective when being bombarded with the outer (and often false) grandeur of other people’s lives.

2. Facebook and Divorce Issue #2: Relationships with the Opposite Gender

If you are in a relationship where you feel unloved or disregarded, a little bit of attention from the opposite gender can be tempting. The ease of causal comments on Facebook can lead to a slippery slope where we can find ourselves becoming increasingly attached to someone other than our spouse. A nice comment here, a little chat there, and next thing you know you’re emotionally invested in a relationship.

If you think I am exaggerating, Drs Pat Love and Steve Stosny write in How to Improve Your Marriage Without Talking About It (p.89) that even if you are happily married, spending enough private time with someone you are attracted to can turn that chemistry into infatuation. All the more so, if you have an unfulfilling marriage. Chatting on Facebook or instant messenging when no one is around can add the thrill of privacy to the conversation. Pretty soon you could find yourself in a compromised situation that you don’t want to be in.

3. Facebook and Divorce Issue #3: Airing Your Dirty Laundry in Public

If you are feeling frustrated with your spouse it is only natural to want to confide in a friend. Yet, unfortunately it is not always a smart decision. Ideally one should learn appropriate relationship tools to be able to communicate directly with their spouse. This keeps the relationship where it needs to be, between husband and wife. If this is not possible, then an unbiased third party who will just let you vent is the next best option. The problem arises when you begin talking about your spouse with friends who may influence your relationship in a negative way.

Take for example a woman who posted a derogatory story about her husband on Facebook. A friend commented, “Only your husband would do that.” This affirmation of her husband’s shortcomings was surely not a positive contribution or encouragement of her relationship. Furthermore, many of our friends may have bad marriages themselves and would love someone else to commiserate with. Facebook can serve as an easy way for a chat which may offer free advice and discouraging feelings about our spouse. As we sink further into negativity, we forget about the possibility of trying to make the relationship work.

While studies may not always be fully accurate, as a marriage counselor, I have seen the negative effects that jealousy, relationships with the opposite sex, and discussing your marriage with friends, can have on a relationship. While Facebook can be a great way to keep in touch, it also can provide much easier access for these outside forces to enter your relationship and wreck it.

Value your most important relationship, your marriage, by not advertising it on Facebook. Instead celebrate your closeness with just the two of you.

If you’re experiencing a crisis in your marriage where you know your spouse has looked up and connected with an old flame on Facebook, you can’t afford to wait! It’s a slippery slope especially if you’ve been disconnected in your marriage lately. Talk with us about our private 2 Day Marriage Restoration Retreat and restore and reconnect with your partner so that they never feel the need to even think about an old flame! You owe it to yourself and your family to create a solid and stable marriage. Don’t wait to speak with us today! 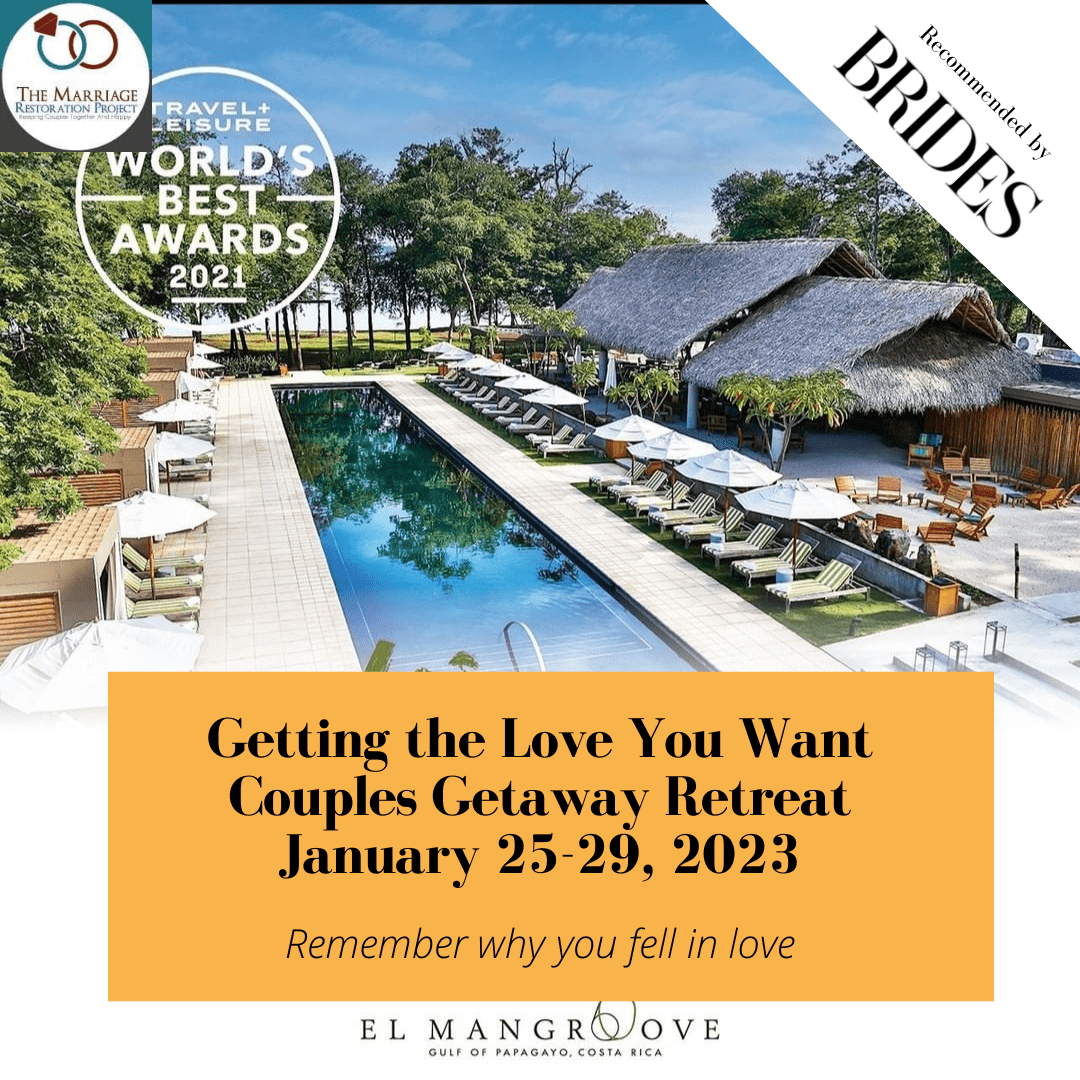